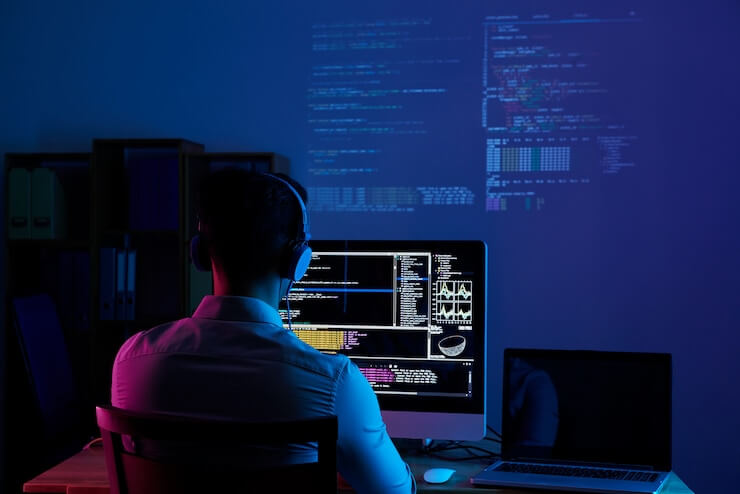 Within a very few gaps of years, new programming languages are created which happen to outdo the popularity of the previous ones. While it may pose a threat to the already-existing ones, it may be highly beneficial to society in general.

Having an easy-to-learn syntax, Python has a huge popularity base, especially amongst beginners. Its popularity is proven by the fact that even after 30 years of the creation of this language by Guido van Rossum, its popularity hasn’t declined in any way, in fact, it is ever-growing.

For all these reasons, Python has topped our list of programming languages for 2022. Learn with Oakgroves.

JavaScript comes second in our list due to the following advantages that it possesses:

Java is considered one of the most popular programming languages. It comes third on our list. However, despite being the “it” language in the years 2005 and 2015, its popularity seems to be declining over the years which is quite evident in the data provided by TIOBE INDEX.

Go is a technology that was developed by Google back in 2007.

C# is an object-oriented, high-level, general-purpose programming language that originated as the answer to Java by Microsoft.

The popularity of R is substantiated by the idea of it being vividly used by many companies, including huge companies like Google and Facebook.

Ruby, developed in the 1990s, is an interpreted, fully object-oriented programming language.

The programming language Kotlin is part of the JVM family.

Swift is a programming language created by Apple in 2014 that replaced Objective-C which was previously used by the company.

Make sure to take good advantage of our online classes with the best teachers at affordable prices. What are you waiting for? Hurry up, and reserve your seat before it gets booked. Don’t miss out on this wonderful opportunity and try best online education at Oak Groves!